We are flying our team to Medellín, Colombia, to attend the biggest Cosmos ecosystem event of 2022. Our hackers @ca333, @TonyL, and @PTYX will be on the ground for the entire event duration. 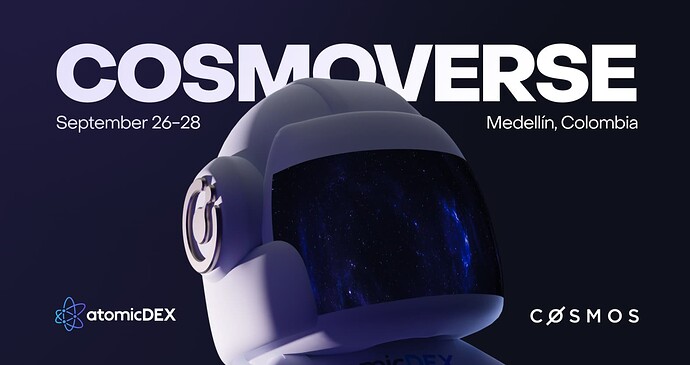 Our main event participation goals are further networking and AtomicDEX pitching. In addition, we have prepared an AtomicDEX Cosmos integration demo.

For the first time, we are revealing how we have worked towards a full Inter-Blockchain Communication Protocol (IBC) support and natively bridge Cosmos & ATOM to the entire blockchain multiverse. The protocol agnostic architecture and other security related features of AtomicDEX, such as hardware wallet support and CEX ratio index, provide massive value for the entire blockchain industry – and it’s time to let the “cosmos” know about it!

Learn more about the event at https://cosmoverse.org/

Our news about how we have integrated Cosmos to AtomicDEX has been picked up by Cryptoslate: Komodo's AtomicDEX bridge will now connect Cosmos to hundreds of blockchains

“While I was trying to trade BTC for ATOM, the only options were to use centralized exchanges, so it was a natural fit and personal need to expand interoperability between more chains and Cosmos. AtomicDEX is compatible with 99% of cryptocurrencies in existence and offers the widest cross-chain, cross-protocol trading support in the industry.”

The article got a spot-on conclusion:

If the future is multi-chain, then Komodo and AtomicDEX have cemented themselves at the forefront of the revolution

Few highlights of what CA said in the interview: 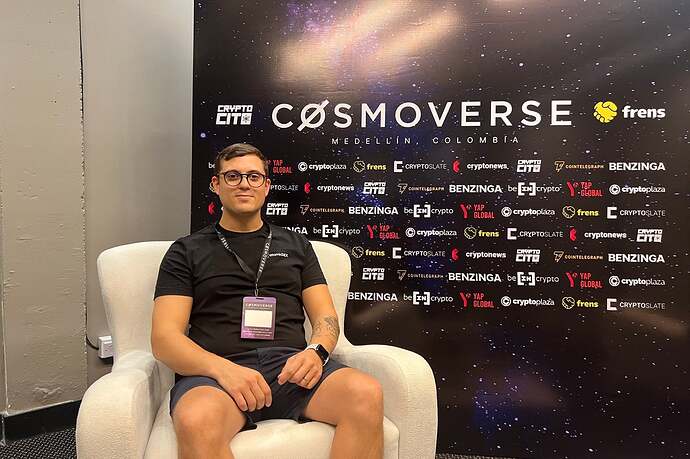 Hosted in Colombia last month, Cosmoverse 2022 curated thought leaders within the still nascent industry of blockchain interoperability. Among these speakers was industry veteran Kadan Stadelmann, who helped build Komodo, a technology that aims to...

Landed coverage in 58 publications including CryptoSlate, CryptoNews, CoinMarketCap and other syndications in multiple languages such as Vietnamese, Portuguese, Spanish, Mandarin and Polish

The story was seen 457K times with 90 social media engagements including likes, comments and shares

Our PR agency YAP hosted a Twitter space about the Cosmoverse. Also, Ca333 was part of the discussion and shared insight into what happened during the event.

Listen to the recording: https://twitter.com/i/spaces/1YqKDoMzDqvxV?s=20